LEO Clubs MD 112 Belgium has the pleasure to announce that Leo Club Tournai has now officially joined our LEO-family after their Charter day last saturday. The academic hearing was well attended, while their parent club,  Lion's Club Tournai Childéric, also celebrated it's 20th anniversary. The academic hearing was followed by a gala night where a attendees had a very good time.

We wish Leo Club Tournai all the best and hope to see them soon on one of the other LEO activities spread throughout MD 112 Belgium! 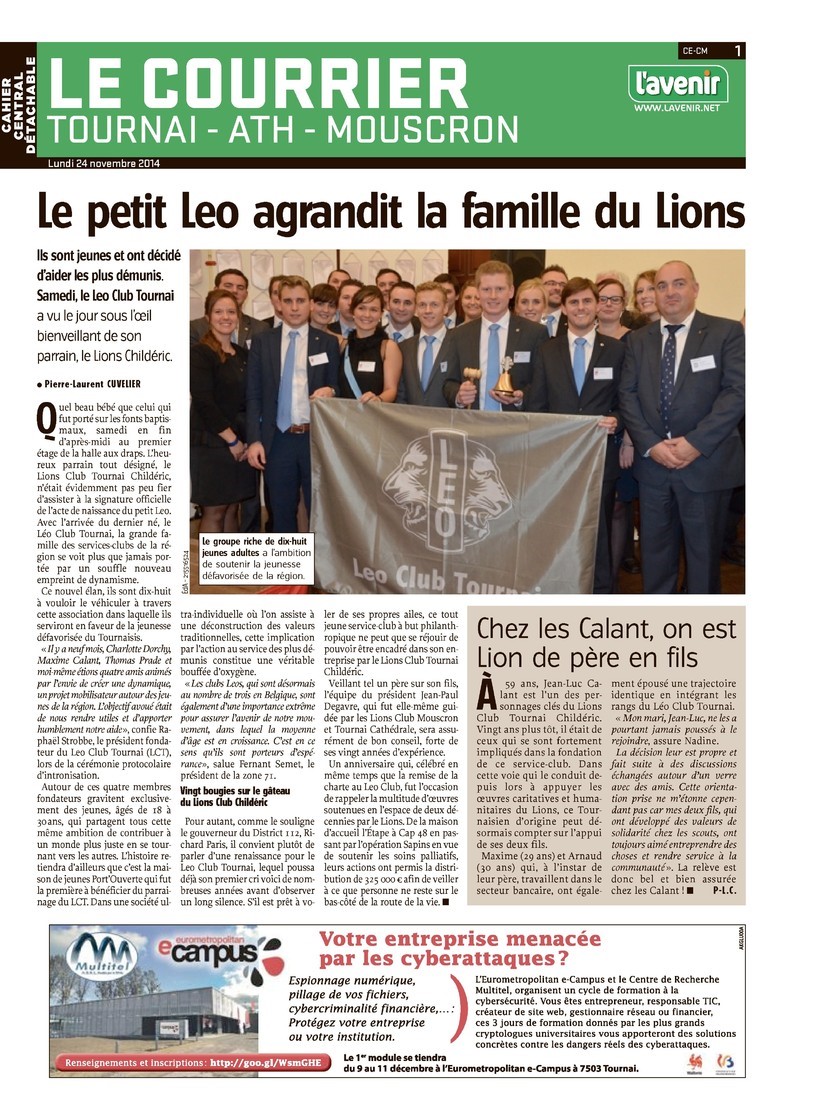